The Rhondda Civic Society covers both the Rhondda Valleys. Some activities do take place within the area covered by this site.

A blue plaque in memory of Rhydwen Williams has been mounted to 41 Treharne Street, the house where he was born on 29th August 1916 and lived until 1931. Moving to England in search of work, he returned to Wales in 1941. He died on 29th August 1997.

The picture below taken outside 41 Treharne Street shows Anne Barrett of the Civic Society, Cennard Davies, and Radio and TV presenter Roy Noble, a friend of Rhydwen who unveiled the plaque.   (16th Nov 2019) 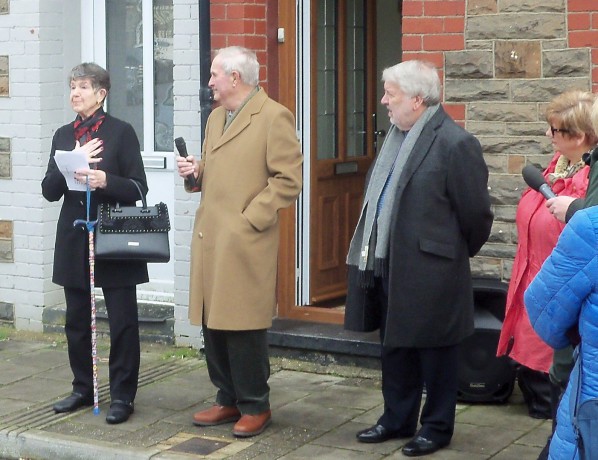 The Rhondda Civic Society now has an up to date website which can be visited at www.rhonddacivicsoc.wordpress.com.

If your organisation or group has a page on this site please ensure you keep me up to date BY EMAIL only of what's going on.

Please title messages PENTRE in case they get dumped in "Spam"